How Long Does a Warrant Hold? 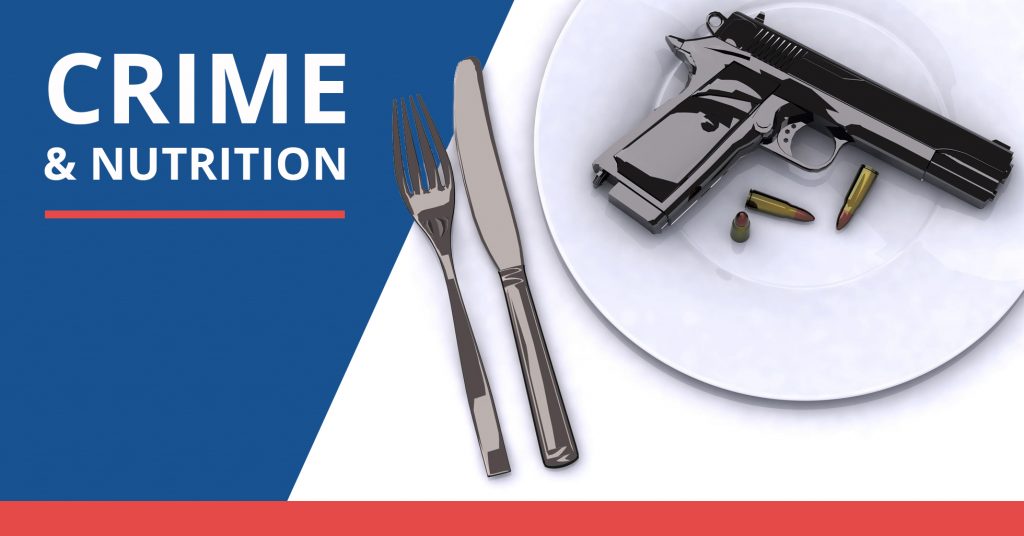 Is Bad Diet to Blame for Criminal Behavior?

We thought we had it solved. The criminal behavior was always going to be the result of poor upbringing, psychopathology, or socio-economic factors. But as recent studies have shown, there is another player that may have a crucial role influencing crime. It’s nutrition.

The idea of causality between nutrition and crime might sound a bit far-fetched, but considering the recent development in nutritional science we should hold our premature judgement. For instance, the science is rather clear that hyperactivity is in part caused by bad food, sugars in particular. The given fact goes to show that food does influence our behavioral patterns. Let’s therefore consider a handful of studies that may help elucidate the behavioral correlation between nutrition and crime.

The Science behind Nutrition and Crime

The year 2002 marks a cornerstone in our investigation. That’s when Bernard Gesch ran his famous prisoner study showing that there is indeed a correlation to be found. The study involved 231 male prisoners who volunteered to take daily vitamins, with half on them not knowingly receiving a placebo. After the average of 142 days of taking the supplement or a placebo, the results were gaged based on the subjects’ previous and current behavior, psychological testing, and disciplinary records. The results were astounding. They showed a 36% difference in offences between the prisoners taking the supplement as opposed to those receiving placebo. The supplements consisted of only vitamins, health minerals, and fatty acids, yet the results were tellingly overwhelming.

Encouraged by the results, the science picked up the cue and ran a few other studies. Smaller in scale, some of them proved to be bigger in terms of result. One of these had 68 prisoners chosen to have their diet modified. Researchers removed refined sugars from the diet of unsuspecting convicts, and once again the results were staggering. With just a few tweaks to the prisoner diet, their criminal behavior was reduced by 80%.

It’s not only prisons and prisoners whose diet was altered to astonishing effects in their behavior. Almost 500 school children were also subjected to slight nutritional adjustments in order to measure changes in their disciplinary records and peer behavior. Similar to our first study, children were given supplements or placebos. The changes were measured in terms of eight different behavioral categories. Once again, the study agreed with the premise that diet is connected to aggressive or anti-social conduct. Compared, the first group taking the supplement rather than placebo showed a 47% decrease in behavior associated with poor discipline.

The results in favor of the correlation between crime and nutrition are overwhelming, yet we mustn’t jump to quick and fruitless conclusions. Battling the traditional causes of criminal behavior probably take the primate in the overall fight, but diet might serve as long-run solution in preventing, or past prevention reestablishing the correct psychological setup in prisoners. In our day-to-day lives however, we could do a lot worse than reduce sugars or eat wholegrains, nuts, and fresh veggies.