What happens if you don’t pay your bail bonds bill?

How Long Does a Warrant Hold?

What are bail bonds? Bail bonds are normally made for an accused person who made a crime. These bonds are usually processed in court for those accused persons who want to bail them out of court by paying some certain amount of money.

These bonds are used to make sure or guarantee the total amount to be paid to the court to get the person released of the accusations he or she has been convicted too. Now there are several consequences of not paying these bail bond bills.

• If you are convicted of some crime, and bail bond has been issued for your release, you will be sued by the court for not paying the entire bill. But to be noted, the court can’t put you in jail again as already the release paper has been processed and you agreed for a bail for your accusations.
• If your case is still pending and you are not able to pay the bail bonds bill, you can be incarcerated by the court or given the penalty of certain amount of time spending in the lock-up.
• There are some organizations who offer different programs for paying bail bond bills for convicted people. Just like a home loan or bank loan, you have to pay a certain amount of money to the organization as they paid for your bail bond. This payment may be monthly or according to your terms agreed upon the particular contract. Now if you don’t pay your money in time to them, the organization might sue you and make a formal complaint in the court. Off course, they can’t put you in jail for this, but they will make sure that you have to pay the money by any means. 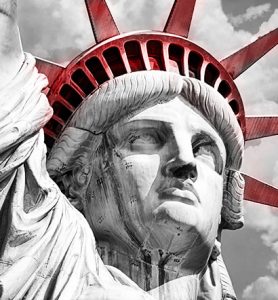 They can sue you in civil court. But the collection of the money will be a different matter then. They can even sell your debt to a collection agency who can make your life very uncomfortable and they can also finish the entire amount of credit or resource money you own.
Several states in the US has already revoked the system of bail bond payment as this process is very complex and brings too much harm and problem in the family of the accused person. Instead of that, the government has processed different options and programs for the accused people to ease up the payment as long as the accused person shows up in court.